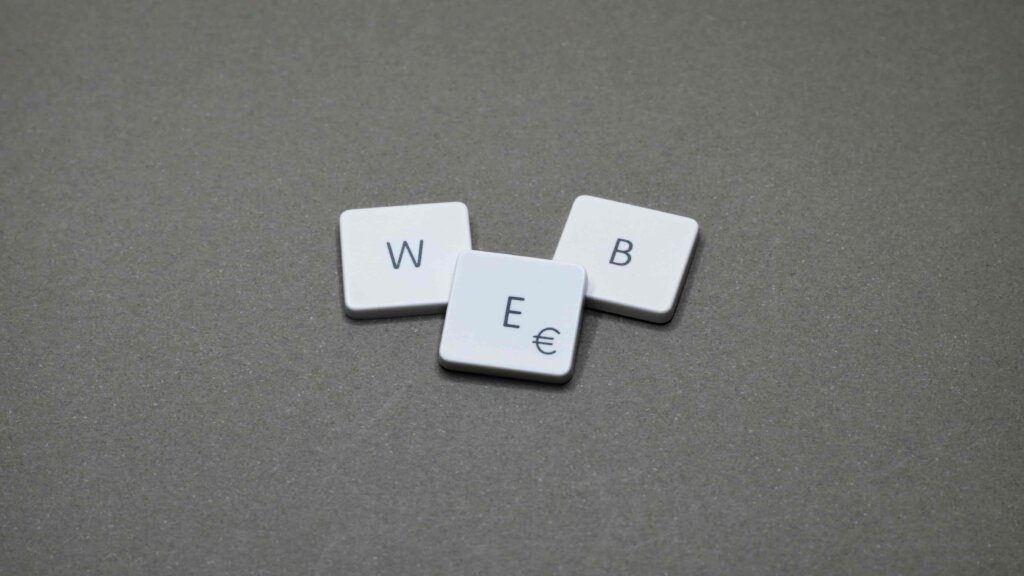 There are many debates nowadays concerning how Web3 differs from Web2. To understand the difference, it’s essential to understand what Web2 is. Web 2.0 would be the term that refers to the second generation of the World Wide Web. These technologies involve increased user collaboration and interactivity. Web3, on the other hand, is the term used to describe the third generation of the World Wide Web, which is characterized by a shift from static web pages to dynamic, interactive applications.

So what’s the difference between Web3 vs Web2? To put it simply, Web 3.0 is an evolution of Web 2.0. It takes all of the features that made Web 2.0 so successful and adds new features and capabilities on top of it. For example, one of the major differences between Web 3.0 and Web 2.0 is how data is handled. With Web 3.0, data is no longer stored centrally on servers but is distributed across a network of devices. One of the main benefits is that it can reduce security breaches caused by human error. You also have an increased level of reliability when it comes to your business’s uptime.

Ultimately, whether you call it Web 3.0 or something else, the third generation of the World Wide Web is shaping up to be an amazing place with many new possibilities for users and developers alike!

Web3 vs Web2: How Is Web3 Different Than Web2 and Why You Should Care

Most people are familiar with the concept of the World Wide Web, or the “web” for short. The web is a network of computers connected to each other that share information. The web has evolved, and we are now in the third stage of its development, known as Web 3.0.

Whereas the first stage of the web, Web 1.0, was focused on providing information to users, and the second stage, Web 2.0, was focused on user interaction and collaboration, Web 3.0 is focused on decentralization. This means that instead of having a few central servers that everyone relies on, there is a distributed network of computers that can all share data with each other. Decentralization has many advantages, including increased security and privacy and faster speeds.

Web 3.0 is still in its early stages. However, it has the potential to dramatically shift the way we use the internet. By decentralizing data and utilizing virtual currency, we can create a fully decentralized internet that is more secure, private, and efficient than ever.

Decentralization is often thought of as a simple concept, but it’s actually quite complex. What does it mean to have a decentralized system? The answer isn’t always clear-cut, which can make decision-making difficult.

In general, decentralization refers to the ability to distribute power or responsibility away from a central authority. This can be accomplished in several ways, but one common method is to create multiple points of authority instead of having everything centralized in one place. Decentralization can have many benefits, including improved security, more efficient use of resources, and increased resiliency. However, it also comes with some drawbacks, such as increased coordination and the potential to reduce efficiency. Decentralization is a key concept in Web 3.0, which is often described as a decentralized web.

Web 3.0 is the next stage of the window from where users are in control of their data and applications run on a decentralized network. Bitcoin is a decentralized platform that runs smart contracts: applications that run exactly as programmed without any possibility of fraud or third-party interference. Web 3.0 and Ethereum are often mentioned together because they share a vision of a more democratic and decentralized internet. It may seem that Web 3.0 is in its early stages, but there’s a lot of excitement surrounding what it might look like.

Now let’s take a look at Ethereum in particular.

Ethereum is a decentralized, distributed computing platform that operates through the use of smart contracts. These applications run without fail because they’re programmed to do so. These apps run on the custom-built blockchain, an enormously powerful and efficient infrastructure. It can move value around without any middleman and allow for more efficient ownership of property than whatever you might currently have.

Tokens are a vital part of Web 3.0 applications. A token is like a share in a company but for digital resources such as CPU power, storage space, or bandwidth. Rather than selling these resources directly, they are bundled together and sold as tokens that can be used to access the underlying resource. Filecoin is an example of a protocol token that people can use to exchange for files stored on things such as IPFS, a decentralized file storage network. Decentralized applications often require their custom tokens to function correctly. You likely heard the buzz word “NFT”, you can learn about new NFTs, or join NFT discords, to see the new trends in the NFT space.

Blockchain technology is another key component of Web 3.0 applications. Blockchains are a type of distributed database that maintains an extensive record of all transactions that have ever happened on the network. This data is cryptographically sealed and cannot be tampered with retrospectively. Bitcoin is the most well-known use of blockchain technology, but there are many other potential uses for this technology. Smart contracts and online voting, to name a few.

Web 3.0 is the next generation of the World Wide Web that focuses on Semantic Web technologies and decentralization. Web 2.0, the current version of the web, is based on centralized services such as social media and e-commerce platforms. Cryptocurrencies are often said to be part of Web 3.0 because they are decentralized and use blockchain technology, which allows for trustless peer-to-peer transactions.

Fintech is a catch-all term for any company interested in providing financial services through technology. This can include everything from online banking and payments, investment platforms or lending bureaus that have been disrupted by cryptocurrency disruption over recent years.

Cryptocurrency is a decentralized form of money that runs on a blockchain, a distributed ledger that records all transactions. Without any central authority controlling it, cryptocurrency transactions have seen a recent surge in numbers. This means that not only is fraud and theft much less likely to happen, but the potential for such events also becomes much harder to cause. The result of this has meant that cryptocurrency has seen a sharp rise in usage and recognition, with many users being able to enjoy more security.

However, these transactions are often slow and expensive because they must be verified by the network of computers that make up the blockchain. This is where smart contracts come in. Stand-alone pieces of code automatically execute a transaction when certain conditions are met. For example, a smart contract could be used to release funds from one party to another when an invoice is paid. This would allow for near-instantaneous transactions with reduced fees, as there would be no need for manual verification. Smart contracts are becoming increasingly widespread as companies continue to explore blockchain technology. This is reflected by the growing use of them in fintech.

In summary, Web 3.0 is an umbrella term for a set of emerging technologies that aim to decentralize the web and make it more open and accessible to everyone. These technologies include blockchain, tokenization, and open-source software development. They have the potential to transform the way we interact with the internet and create new economic opportunities for people all over the world.”

Web 3.0 is the next evolution of the internet, where decentralization and interoperability are key. As companies and people are starting to explore Web 3.0 technologies, we’ve taken a look at some of the emerging technologies and how they correlate with new features in Web 3.0. If you are looking to learn more about Web3 you can follow along podcasts or Youtube channels focused on the topic.